During this 3-day Romantic City Break in Athens, you will have the chance to experience several specially designed private tours and activities; a guided tour to the Acropolis of Athens by specialized state silenced guide, a mouthwatering Food Tour to the city’s central market, and a Day Excursion to the romantic Island of Hydra. This is an ultimate romantic gateway!

Upon arrival, your driver will be awaiting for you at the airport with a sign with your name on it. You will be transferred to your hotel.

As it is your first day in Athens, you naturally want to get acquainted with the city, but you may not know where to start. With the Athens Orientation tour, your private guide in 4 hours will show you all the hotspots, the most significant landmarks, and the must-see neighborhoods.

Once you start your walking tour, you will soon realize that Athens has ancient and modern elements that blend creating a visual delight. Walk to Anafiotika, a small, picturesque neighborhood below the north slope of the Acropolis, and feel as if you are in one of the Cycladic islands. Have a coffee or herbal tea in Plaka, Athens’s old town, and one of the most ancient settlements in Europe.

Spend time in Monastiraki district, known for its flea markets, and is considered one of Athens’s main shopping areas. Finally, reach Syntagma Square and photograph the iconic Hellenic Parliament with the elite guards wearing traditional Greek uniforms from the Greek War of Independence. Even though your walking tour has come to an end, we urge you to explore some more now that you can easily orientate yourself.

Visit the most famous landmark in Greece, the Acropolis. Located in the heart of the country’s capital, Athens, the Acropolis is where Democracy was born. Your private licensed guide in just 2 hours, will walk you through this wondrous ancient site. Allow yourself to feel the energy of the past that is full of wisdom, while you step into the monumental entrance of the Propylaea. Right next to the Propylaea is the magnificent Temple of Athena Nike. Listen carefully to the stories your expert guide will be narrating as you continue toward the Erechtheion, a temple dedicated to the gods Athena and Poseidon. Finally, you will reach the Parthenon. This impressive monument perhaps is the epitome of Greek Civilization. At this point of the tour, take a moment to grasp the grandeur of the Parthenon. Let the glory of the Acropolis sink in and end your tour by capturing the breath-taking views.

Embark on a 4-hour gastronomic journey through the exciting capital of Greece and experience the true Flavors of Athens. Get to know the city while biting into a variety of sweet and savory mouthwatering treats from local producers. Step into their food stores that have been around for decades and sample ingredients that locals use in their daily dishes, such as olives, spices& herbs, cheeses, olive oil, and nuts. Head to the central food market of Athens where locals do a great deal of their grocery shopping as they can find the freshest produce and the most appetizing meat and fish. On your way there, your expert insider guide will explain how Greece’s culinary heritage has evolved over the centuries and how today’s recipes keep the traditions alive through modern-day cooking practices. Walk along the colorful fruit& vegetable sections, the prodigious meat& fish areas, and getting caught up in the lively and entertaining atmosphere! We have a few more delicious surprises in store for you! Try cheese bread or a spinach pie and finish off with loukoumades, a Greek version of donuts dipped in honey!

Only 2 hours far from Athens, in the heart of the Argo Saronic Gulf, lays the serene island of Hydra. Hop on a high-speed flying dolphin from Piraeus Port with your “Insider” guide and start your full-day excursion to one of the most romantic islands in Greece. Walk around the cobblestone streets of the glamorous main town with its traditional stone mansions, sophisticated restaurants, and tavernas as well as charming boutiques where you can make your high-end purchases. Visit a couple of the museums and learn about the traditions, history, and culture of the island, such as the Historical Archive-Museum and the Museum of Post-Byzantine Art and History. You will be shocked to find out that this small island is the birthplace of 5 Greek prime ministers! Take a dip into some of the cleanest and clearest waters at Spilia beach and soak up the sun while you sip on the amazing refreshing cocktails. However, perhaps the most exciting fact of this island, is that vehicles are prohibited, making the island a carefree destination!

In the afternoon, you will have to say goodbye to the beautiful Greece. Your driver will pick you up and transfer you to Athens Airport where you will take the international flight and depart Greece. 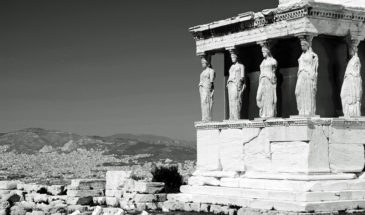 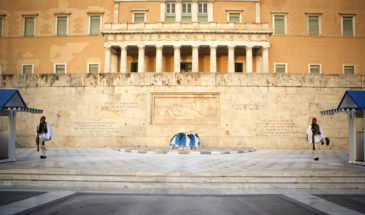 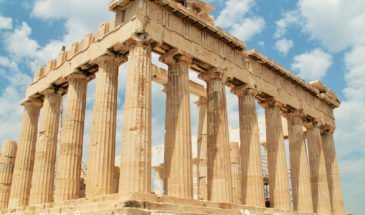