Welcome to Greece! The city of Athens is one of the world’s oldest cities, the historical capital of Europe and a city of culture, history and philosophy. Athens today is a vibrant metropolis that blends it’s proud past with its dynamic modern present. At the same time, you will have the chance to experience the authentic island Crete and two magical volcanic islands, Milos and Santorini!

Upon arrival, your driver will be awaiting for you at the airport with a sign with your name on it. You will be transferred to your hotel.

Enjoy your first day at leisure in Athens city center:

Athens’ heyday was around 400 years BC, that’s when most of the classical monuments were built. During the Byzantine and Turkish eras, the city decayed into just an insignificant little village, only to become the capital of newly-liberated Greece in 1833. Ahead of the 2004 Olympics, almost the entire infrastructure was transformed: the Metro, trams, new ring roads and viaducts have eased the pressure of the heavy traffic.

Athens is still a rather messy and chaotic place—it wouldn’t be Athens otherwise—and despite all the improvements, still retains a great deal of its oriental charm. The whole coastal stretch from Piraeus to the old Hellenikon airport has been improved with new plantings, viaducts and paths for walking. The Plaka district is becoming more and more popular and it is on the way to catching up with Psyrri, Gazi and Rouf as regards restaurants. Discover the beauties of the Anafiotika district, at the feet of the Acropolis, and visit the ancient village still housed in the midst of the city.

In Exarchia, there is still a somewhat in-your-face anarchic atmosphere around the Technical University. Meanwhile, Kolonaki is becoming more and more chic.

A perfect tour to get a true feel of Athens! Ascent to the top of the sacred rock of the Acropolis to be confronted by one of the world’s most important structures in history, the Parthenon. Once there you will enjoy a guided tour which will reveal the magnitude and the rich heritage of Athens and the cultural achievements of the Greek civilization of the Golden Age.

After visiting Acropolis, get ready for a 3-hour food tour that will truly make you feel like an Athenian! Sense the intriguing Greek cuisine and local food culture through an experiential food tour in the heart of the bustling capital of Greece. Wander through authentic corners of the city and visit a number of dedicated artisans that have perfected their recipes over the decades, specialized food stores sourcing the best products from all over Greece as well as the vibrant central food market.

The pick up time for your transfer will be advised at your hotel. Your driver will deliver you to the Athens Airport.

Upon Arrival, your driver will be awaiting you with a sign with your name on it.
You will be transferred to your hotel.

Walk through the stone paths and the narrow streets of the Old Town and discover the hidden spots of the Venetian Harbor. You will enjoy a leisure stroll in the puzzled alleys where the Venetians, the Ottomans and the old Cretans used to live and occupied.
Enjoy this incredible flower-decorated neighborhoods, meet the locals and of course, eat like locals! The unique Cretan Gastronomy is something you would not wanna miss!

The gorge of Samaria is the gem of the White Mountains! Hidden in the south part of the Chania district, it is the biggest gorge in Europe, covering an area of 18 kilometres in length. The state park of Samaria was added to the World Network of Biosphere Reserves (MAB: Man & Biosphere) by UNESCO in 1981, with the aim to give prominence to and to protect valuable habitats for man and the rest of the biosphere.

The gorge of Samaria is counted among the top-destinations of the Chania district and a journey to Chania can never be considered complete, unless you visit the gorge… you should therefore venture a visit there and believe us when we say that its beauty will not let you down…

The gorge’s trail starts at Ksyloskalo (Omalos plateau, 1.227 meters altitude) and after following the river bed, it ends up at the littoral village of Agia Roumeli. The trail of Samaria is the most visited trail in the whole of Greece, it is excellently equipped with signals and signs which eliminate the danger of getting lost, it is comfortable and very well cared for, mostly with stones and soil. It is not considered a very difficult hike, a vivid proof of which is the fact that hundreds of people cross it daily from the opening (in May) till the closing of its visiting season (in October). It is a very pleasant hike, not a strenuous one, with many landscape alternations and a versatile environment. One should always keep in mind, however, that though the trail as a whole is not tricky, one should be more careful during some parts of the trek.

Chania and Transfer to Knossos:

You will enjoy your morning at leisure before heading to Heraklion, where you will marvel the birthplace of the Minoan Civilization, Knossos.

Follow us and explore the oldest city of Europe and the first organized human civilization. Discover the greatness of the ancient Minoans and walk around the old stone-paths of Knossos, the cradle of Minoan civilization.

The palace of Knossos, the centre of Minoan civilization, was constituted the main force of the island’s population during the Bronze Age. Their civilization as well as the palace was destroyed at the explosion of the Santorini Volcano. The excavation conducted by Arthur Evans 1900-1913 and 1922-1930 brought to light the grand palace of Knossos, along with other great findings of immense importance concerning the culture and the life of the Minoans, which are as of yet kept at the archaeological museum of Heraklion.
After Knossos guided tour, your driver will take you to the biggest city of Crete, Heraklion.

After you take in the breathtaking views over the Old Port, you can discover the historic center of the city, and the most remarkable attractions of Heraklion, or visit some of the most important museums. The liveliest shopping, dining, nightlife venues in Heraklion and the most fresh and creative Cretan cuisine! Everything is within the reach!

Explore Crete by Land Rover on a full-day adventure along the Minoan Path, and experience a blend of ancient myths, spectacular landscapes, and a traditional Cretan lunch.

Following a pick-up from your hotel, drive through spectacular mountains on route to the Lassithi Plateau, enjoy a bird’s-eye view of the Lassithi Plateau and north coast. Continue to Dikteon Cave to marvel at the birthplace of Zeus before heading to a traditional olive mill.

Visit a traditional olive mill in the Protected Designation of Origin Archanes, Heraklion, Crete. Here, the local produce their oils exclusively from their olive groves with 2000 trees that surrounds the olive mill. Making extra virgin olive oils using the most ancient and modern methods of olive oil extraction with a telling effect, a olive oil tasting here is something you would not wanna miss! Work up an appetite before your lunch at a local tavern.

You will be transferred from your Hotel in Herakleion to the port, to catch the ferry to Santorini.

Upon arrival, your driver will be awaiting for you at the port with a sign with your name on it. You will be transferred to your hotel.

The island’s beauty has been waxed lyrical over the years, fully earning the epithet “kalliste” (the most beautiful). The main island is split further into picturesque villages masterly painted in dazzling blue and white hues, outlining the holiday resort’s multi-faceted personality and its extraordinary variety of landscapes.

The scent of wine grapes and vineyards stretching lazily down Santorini’s unrefined hills; the unique taste of tomatoes grown solely on volcanic soil and the soaring temperature of the island; the subtle sand or the smoothness of white pebbles and turquoise waters of some of Europe’s most suggestive beaches; the upbeat sound of the buzzing nightlife; the spectacle of the sun setting behind the village of Oia and the caldera to finally plunge into the skyline.

Santorini gratifies all 5 senses, treating the traveler to enchanting views and thousands of colors.

Starting from the port of Vlychada, the cruise passes by Red and White Beach, with a stop at Black Mountain. It will then pass by the Lighthouse South of the Caldera and the Hot Springs at the Volcano. The next stop in Thirassia where lunch will be served. You will then sail towards the port of Ammoudi for a spectacular view of Oia. The return route will offer beautiful Fira views and sunset views before entering the port of Vlychada.

Our goal is to showcase the flavors and ingredients of Mediterranean cuisine from a local standpoint, in a fun & informative manner to really let you experience Greek food as the locals do!

Our fun local food expert will meet you at a starting point in Firostefani and lead you through the traditional towns of Firostefani and Fira, following a pebbled downhill footpath right on the edge of world famous Santorini caldera. Start your day with a traditional Greek coffee, follow your guide through the historical alleyways and hidden paths of Fira with several stops for samplings of local treats, including an olive oil tasting and a quick bite of souvlaki – the ultimate greek street food.

During the tour, you will have the opportunity to taste Santorini & Greek food, street food, samples of local beer, wine and raki, Cycladic cheeses & cold cuts, olive oil tasting, delicacies from bakery and traditional sweets. Of course, a lunch at a caldera view restaurant combined with some local wine is a ‘must’!

You will be transferred from your Hotel in Santorini to the port, to catch the ferry to Milos.

Upon arrival your driver will be awaiting you with a sing in hand.
He will drive you to your hotel.

The beaches of Milos, yellow, orange, red and dazzling white rock formations are even more vibrant against the background of turquoise waters. Milos’ volcanic soil has created a sight beyond one’s imagination.
Get lost in the deep blue of the Aegean and feel nature embrace you.

A unique opportunity to visit the mesmerizing island of Polyegos and also get to experience the pirate life of Kleftiko. The experienced crew of this beautiful monohull yacht will sail from Pollonia to Polyegos island for a first stop to swim and then sail along the east side of Milos and south to Kleftiko. In our tour you will get to see the following locations:
– First swimming stop in the island of Polyegos at the “Blue Waters” the famous yachting destination.
– Second swimming stop in Gerakas beach, with the white impressive sand.
– Sail along the south side of the island
– Third swimming stop in Kleftiko, the pirate bay of Milos. This is a longer stop for snorkeling and cave touring.
– Forth swimming stop (if time allows us) at the beach of Tsigrado.

Full day at leisure in Milos:

Get to know the most exotic island in the Aegean. The island where the Venus de Milo was discovered, and one of the most impressive islands in the Cyclades. Volcanic rocks paint the beaches red, pink and orange. Sarakiniko and Kleftiko, with their white rock formations, emerald green waters and caves eroded by the sea, are steeped in stories of pirates. The catacombs, the exotic beaches, the multicolored Klima, Emborios and Mandrakia, with their quaint buildings cut into the cliffs, and Plaka’s sunsets… All of these cry out in unison: Milos is unique.

You will have to say goodbye to the beautiful Greece. Your driver will pick you up from your Hotel and transfer you to Milos Airport where you will take the domestic flight to Athens, once arriving in Athens Airport, you will check-in to your international flight and depart Greece. 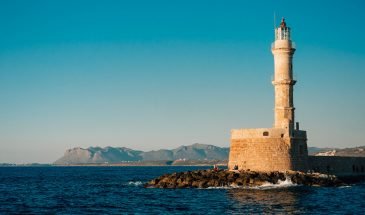